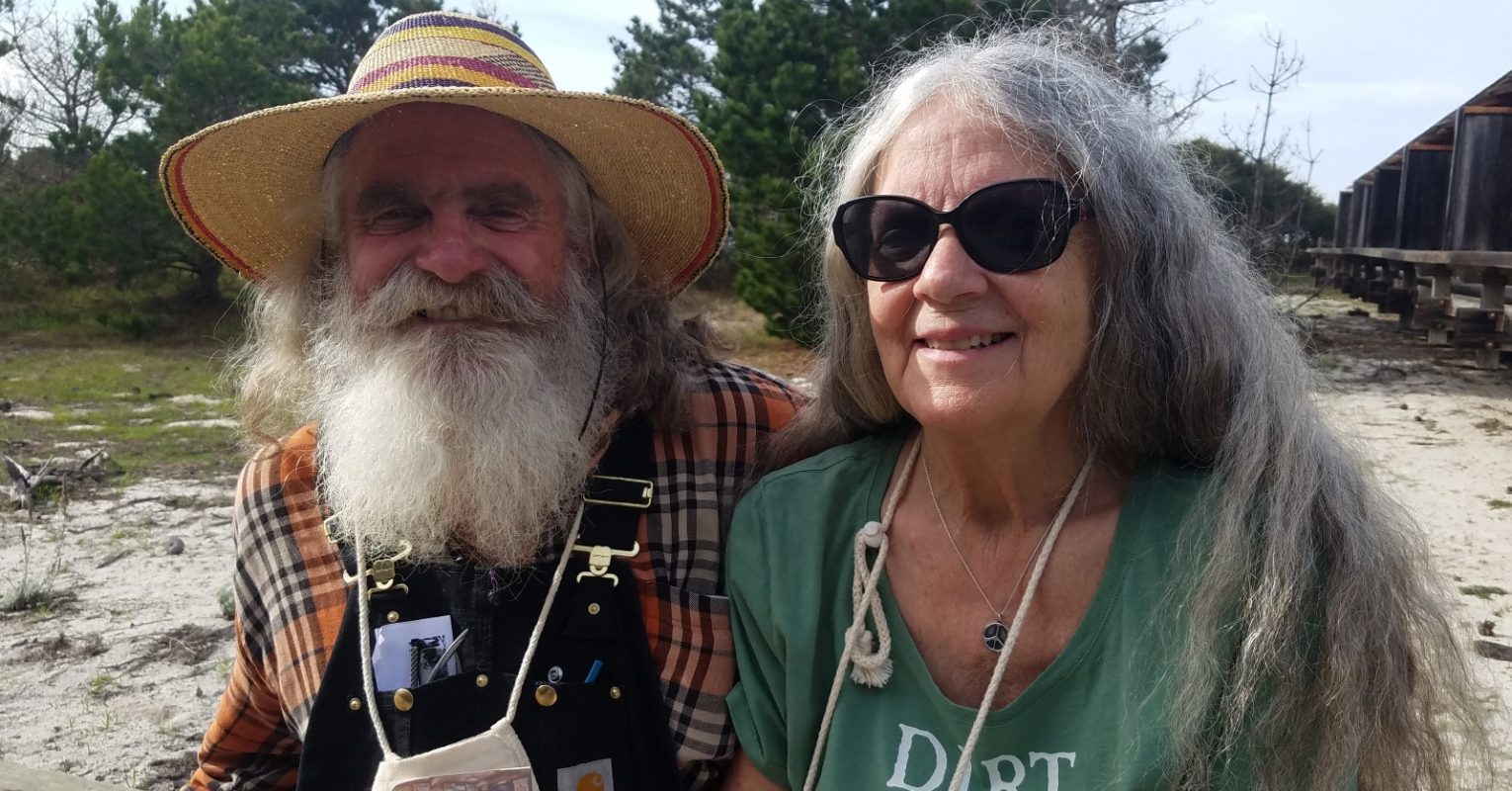 Kern Family Farm has built a thriving business while maintaining their vision and energy rooted in and devoted to community. This winter Sue and Hansel Kern presented their farm’s journey at our Farm Finance Expo and in an interview with FarmLink, reflecting on what it’s taken to create Kern Family Farm on a mountainside near North Fork, California. Their goal is to achieve a level of financial success that will allow them to pass a strong business on to their children; a family farm now actively supported by FarmLink’s lending.

The Kerns started with raw land nearly 20 years ago, off the electrical grid, with no option to connect to it. They faced the challenge of producing their own power, drilling their own well, and pumping water with their solar arrays. “We are trying to do it as ecologically as you can,” Hansel explained. “One thing we always kind of used as our, you know, excuse for not making a profit, was that we were building infrastructure.”

They’ve been building the mountainside farm step-by-step, and terrace by terrace.

starting with one 30 by 100 foot field. Today the certified organic farm operates two acres of row crops on about 40 terraces, has a four-acre dryland hay field, and seven hoop houses that are 2000 square feet each, growing salad greens year-round.

In North Fork, the farm has an important presence, supporting and engaging the community with their volunteerism and entrepreneurship. Since their adult son Aaron Kern was in second grade Hansel has donated one day per week to building, cultivating, and teaching in the school garden. It’s inspired hundreds of children and influenced how they eat. Now Aaron is taking the lead in refining the farm’s agronomic practices.

Fifteen years ago they started a farm store, the Gnarly Carrot, as an unstaffed honor system in a basement. After a successful $32,000 Indiegogo campaign, they rebuilt North Fork’s most run-down retail building into an attractive storefront that opened in April 2016. The Kerns’ daughter, Rebecca Kern, manages the store which is focused on selling locally sourced goods, mostly organic produce, to support the local economy, as explained on their website.

Over a 15-month period, FarmLink worked with the Kerns to secure a loan to consolidate the debt they had accumulated while establishing the farm, improve their financial situation, and build the foundation for long-term success. Both Rebecca and Aaron want to stay in the family business. Since transitioning from a career as a stone mason in central California, Hansel, in part with Sue’s off-farm income, slowly built the family farm business, but at a cost.

Hansel quipped, “We didn’t go to someone originally and say, ‘We need to spend a quarter million dollars building this farm.’” Now Sue and Hansel look back with gratitude and acknowledgement of key lessons learned along the way. As they developed their farm and home off the grid, Hansel bought infrastructure and equipment when he found great deals, not necessarily when they had the cash to do so. Sue reflected that, “We hadn’t done the thing about writing a business plan first, getting a loan for the infrastructure, and then paying back the loan. So we went forward,” and Hansel added, “and then a little bit in reverse.”

When they approached FarmLink the Kerns’ financial goal was to consolidate debt. Over the years they had taken advantage of interest-free credit card offers, and rotated from one to another. Ultimately, however, it could not be sustained. Sue explained, “I thought because I had a regular income that it would be enough to qualify for the loan. And when we found out that Farmlink really wanted us to have the business be able to pay back the loan, as opposed to my income, we got denied. And to me, it was kind of devastating.” She added, “But they worked it through with us to have the store start to pay more and more of the bills.”

“It was not really the normal (laughs) way of going about getting a loan,” said Hansel. “FarmLink helped us get all the paperwork together. But then they looked at the bottom line and it was the fact that our business, the farm and the store, weren’t actually paying the bills. They did a really good job of holding our hand as far as getting the things done that we needed to get done.” Sue added, “We had to basically stop spending more than we had.”

Their journey to manage the debt had taken several turns. “We tried a couple of other avenues first. Our own credit union. Our own banks. I mean, we got turned down quickly,” explained Hansel, “Farmlink had the patience, I think that’s the biggest value to me…I observed that they were pulling for us, you know, all the way. And they were like, ‘Man, we’re gonna help you understand what it will take to get this loan.’”

Sue and Hansel explained that by working with FarmLink, they’ve become more professional about their business plan, and their daughter Rebecca is now doing all the books including consistent profit and loss statements. They’re tracking sales in a more timely manner, and working toward one day starting a certified dairy to be able to sell their farmstead cheese.

Today the Kerns report that the store more than tripled its gross sales from their starting point, now exceeding $300,000. The farm’s production is up 30% due to Aaron’s work with no-till practices and intensive plantings. Hansel relishes in sharing the family’s progress. He says that Aaron has already become a better farmer than he ever was, and Rebecca has become a great bookkeeper. “We’re blessed to be a true family farm,” he says.

The Kerns can now envision their long-term financial picture for the farm and retail business. “It’s starting to seem like the farm and the store are making a profit to the point where both of our kids could eventually make a living out of it,” said Sue.