Zamora Flora: from the incubator plot to secure land tenure 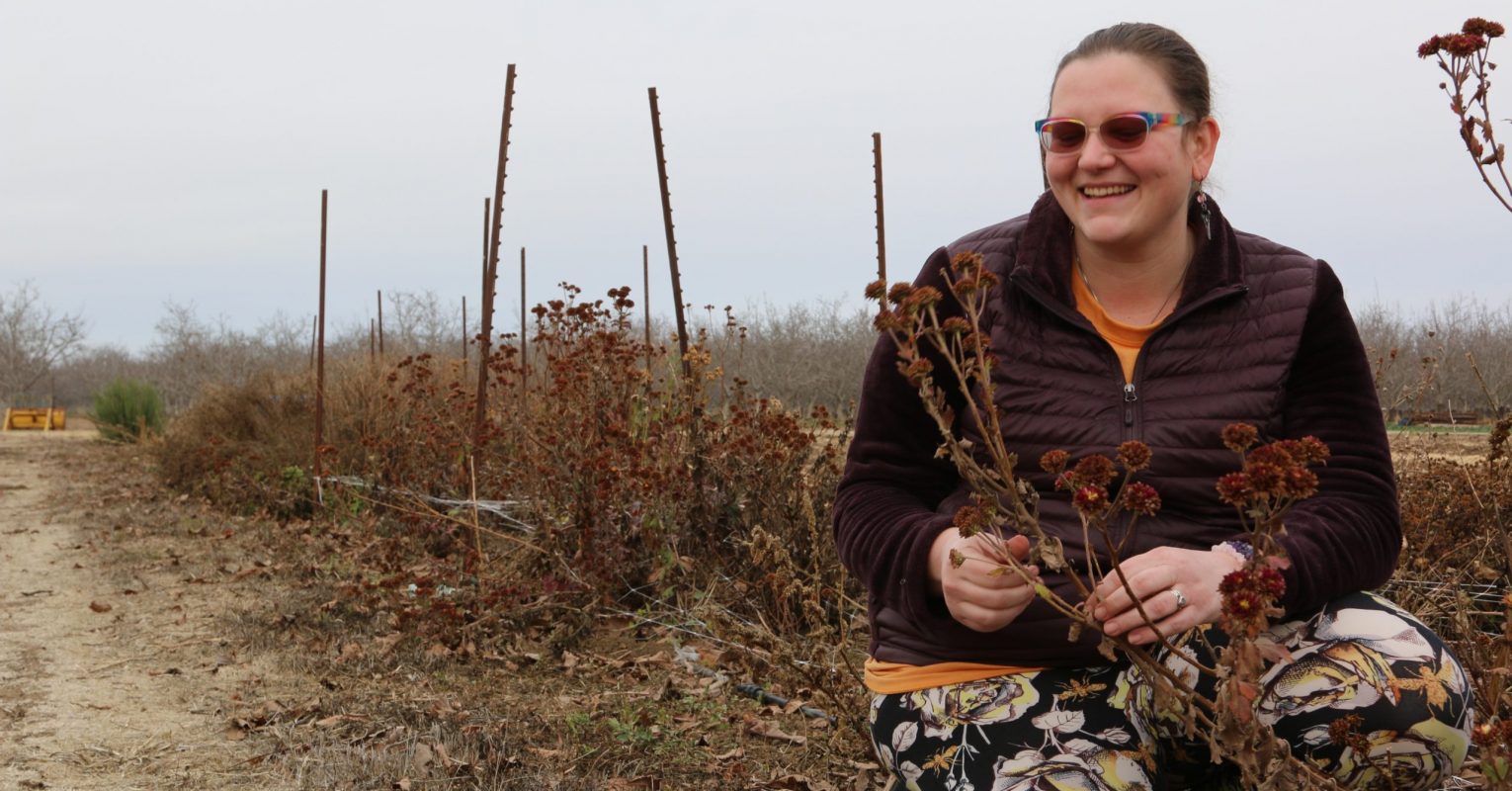 Partnerships with agriculture education organizations are central to California FarmLink’s work across the state, including our friends at the Center for Land-Based Learning (CLBL). For many years, our staff have served as guest speakers in CLBL’s California Farm Academy programs. Since 2012 the Farm Academy has graduated 157 students from its Beginning Farmer Training Program, providing them with a basic foundation in production and farm business knowledge. In addition to sharing FarmLink’s expertise in the classroom, participants learn about FarmLink’s land tenure and financing assistance for farmers.

During 2020 that work intersected with an excellent accomplishment by CLBL. They built a beautiful new statewide headquarters office on farmland near Woodland.

In the early-1990’s CLBL’s precursor, the FARMS Leadership Program, was founded by Craig McNamara of Sierra Orchards. Craig is an organic walnut grower and well-known agricultural leader based in Winters, and for many years served as President of the California State Board of Food and Agriculture. In a recent interview with FarmLink, Craig commented, “Mary [Kimball, Chief Executive Officer of CLBL] found the home of all homes. Just being on that ranch with access to 30 acres and larger facilities is a win-win from both a marketing standpoint and a production standpoint. The capital campaign was incredibly successful beyond our wildest dreams.”

Since its beginning, the FARMS Leadership Program and then CLBL was based at McNamara’s family farm. Beginning in 2001, CLBL leased a farmhouse for office space and a portion of land devoted to row crops, called the Farm at Putah Creek. In partnership with the McNamara family, CLBL utilized the land as part of its farm training and incubator programs. Establishing the new headquarters in Woodland in 2020 brought changes to the arrangement: going forward the farmers on that parcel would be leasing directly from Sierra Orchards.

One of those farms is Zamora Flora, founded by Aubrianne and Cal Zamora, who started out after graduating from the California Farm Academy in 2016. Zamora Flora grows specialty cut flowers, peppers, and dry goods like beans and popcorn. Their products proudly carry the Homegrown by Heroes label thanks to Cal’s veteran status and membership in the Farmer-Veteran Coalition. The Zamora’s have focused on selling at farmers’ markets and have also established a Friends of the Farm program, a pre-pay arrangement that benefits their seasonal cash flow and builds a community of customers who use it like a gift card at the markets.

The Zamora’s started their farm with production on a half-acre on the Farm at Putah Creek, as part of CLBL’s Farm Business Incubator Program, in 2017, and their land tenure is a crucial business asset. When the time came to transition to their own direct lease with the McNamara’s, Liya Schwartzman, senior program manager at FarmLink, mobilized one-on-one assistance for the two families, as well as two other farmers who were transitioning to direct leases with the McNamara’s on the same property. Aubrianne recently commented that they could have written a lease that worked for everyone, but it would have taken months to figure out details necessary for the future. She reflected, “FarmLink sped up the process and made it less personal, which is good when you’re writing a lease. It was good to have FarmLink as a sort of safety net.”

Aubrianne explained that McNamara reliably addressed infrastructure issues, and Zamora Flora took care of smaller matters. “I felt like that [arrangement for repairs] was pretty clear, but it didn’t hurt to have it more formalized.” she said. “Definitely, there were things that came up in working with the lease process where we thought, ‘Oh yeah, we definitely need to have that in there.’”

Regarding his partnership, Craig commented, “We really loved having our Farm Academy incubator farmers here. And we very much want to continue that as long as they’re interested in doing so. And we’ll support that and try to subsidize that at a fair level.” Craig had originally established the lease for the land with CLBL and with Toby Hastings of Free Spirit Farm more than a decade ago with input from UC Extension farm advisors. He said, “The good work that you guys put into it really took it to the next phase.”

Craig shared with us a topic that he shares with beginning farmers when given the chance: “It’s easier to get legal advice from the beginning than to get into legal problems down the road and try to unwind them through facilitation or other more drastic measures. So it’s not something that farmers necessarily want to spend time and money on, getting legal advice, but it’s really important.”

Reflecting on his experience with FarmLink in the lease process, Craig said “Thank you, because you didn’t have to do this. I don’t think you did it to help me. I think you did it to help the incubator farmers. And if I’m correct, that is the role of FarmLink, to be on their side in essence, and that’s what you achieved. And in so doing, really helped us as well.”

His comment captures the essence of our work helping farmers and landholders to create good land tenure agreements. We are helping to establish the next generation of California farmers and indeed the essence of that work is to support the farmer. But we are also deliberate about introducing lease options that support mutual understanding, curating language that reflects the needs and expectations of both parties, and creating win-win scenarios where both the landlord and tenant feel empowered by the result.

This story was originally featured in our Spring 2021 Newsletter and made possible thanks to interviews conducted by FarmLink staff members Lola Quasebarth and Liya Schwartzman.